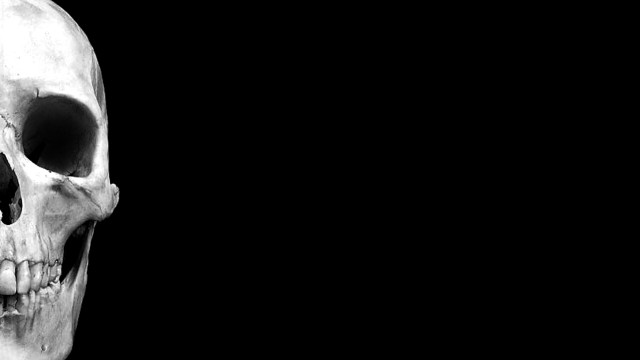 Published in Excellent Day For An Exorcism

What lies beneath E.S. Mayorga’s works is his own, allegedly, encounter with the supernatural. As a teenager he performed, in the company of some friends and as a game, a rite of invocation to a demon using an Ouija board. Nothing happened at the moment, but as the days went by, strange things began to occur. Gradually his house was conquered by an ominous force; he and his family went through a series of nightmarish ordeals that had disastrous consequences. Mayorga (Mexico City, 1975) started an arduous and intense process of research in the occult in order to understand what was happening in his residence and, also, how to get rid of the poltergeist that was haunting his home. He read books and treaties on demonic possession, visited and interviewed ghost hunters and several exorcists, saw films and read books on the subject. This hellish episode of his real life is registered in his fictitious documentary of 2006 El asesino de La Esmeralda (The Killer of La Esmeralda1).

In the course of his research, Mayorga was able to appreciate how the art and literature that deals with the themes of the supernatural, the uncanny and the occult function as the antagonistic pole of the aggressively rationalist and instrumentalist imperatives of each epoch. As Durtal, main character of Joris-Karl Huysmans’ La-Bas (1891), put it succinctly: ‘It is just as positivism reaches its very zenith that mysticism re-emerges and all the nonsense of occultism recommences’.2 These themes, for example, are able to problematise categories such as ‘truth’ in a cultural context in which believing is synonymous with seeing. Mayorga also revisited the theses of Enlightenment rationalists of the nineteenth century, like Alexander Crichton, who began to displace the paranormal as phenomena that took place in quotidian reality in order to locate this realm of the daemonic and the irrational in the psyche of the individual. For these authors there was an evil force free and at loose in the world of the mind that had to be domesticated at all costs: this was, mainly, the imagination. Present day psychoanalysts can be seen, in part, as their heirs. Mayorga, as well, comprehended how the theme of the diabolical has been used to unsettle traditional social structures. For instance, Walter Benjamin wrote, speaking of the Surrealists, ‘one finds the cult of evil as a political device, however romantic, to disinfect and isolate against all moral dilettantism’. He even, at times, equated diabolism with libertarian socialism: when anarchists start to act and operate they work ‘their infernal machines’.3 Mayorga was able to assimilate all of these reflections in his practice a long with a specific aesthetic that is prototypical of the works of art, literature and cinema that deal with the themes of the occult and the paranormal. 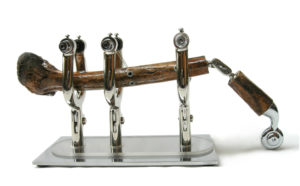 As he learnt from his own experience, and through his investigation, the house is the ultimate site for the sinister and the uncanny; therefore, this site is a recurrent topos in Mayorga’s work. He has produced a series of quotidian objects, from computers to babies’ mats and toys, which take the shape of Ouija boards, replacing the familiarity and the comfort of the interior with estrangement and unease. He has also designed a prototype for a special Ouija board for the army, highlighting the irrational nature of the military. In other occasions he has juxtaposed discordant objects and materials that ensemble grotesque creatures, where the distinctions between natural and artificial, animate and inanimate, blur. Mayorga has also produced small instruments or machines that can indicate if there is a supernatural presence around the house. These objects have the form of small houses, delicate sculptures, designed after the descriptions found in the tales of Edgar Allan Poe amongst other authors of the genre.

All of these objects have to do with one or another form of experience, either with a rite of invocation using a board or through the encounter with the supernatural. It seems as if Mayorga attempted to reproduce, in order for us to experience, what he went through and felt whilst his house was under daemonic possession. In line with one of his preferred authors, Edgar Allan Poe, Mayorga profane and, ultimately, heretic aesthetic equates poetic effect with supernatural experience, if not to say beauty.1 His video installations are the preferred site for the reproduction of these emotions and states. As closed spaces, the installations reproduce the intimate atmosphere of the house whilst the videos create the lurking unease. …so Satan told me how to deal with small things (2007) is a case in point of these works.

This video installation consists of three projections that create an overarching situation for the spectator. The videos start, simultaneously, as if someone was wandering through the forest and arriving at three different houses, each projected in one of the walls of the room. There is a voice that gives descriptions of houses and wandering paths taken from, amongst other sources, the literature of Poe. This narration collides with a series of images that also appear in the video: storms, castles, ruins, a sculpture of Satan, fire and skulls. At times, the voice of the narrator sounds whilst the space is in total darkness, as such the description becomes a prey for the imagination of the spectator. The voice, which according to Mayorga attempts to sound as a mix of Alfred Hitchcock and Vincent Price, makes the whole of the structure of the video installation tremble and vibrate, creating a visceral haptic sensation.

Some of the images contained in this video might recall scenes of classic horror films, such as the beginning of Sam Rami’s Evil Dead (1983). Although a declared fan of the genre, Mayorga subverts traditional narrative structures associated with horror films, frustrating mass marketed expectations and the consumption of cheap trills. In opposition to this, in Mayorga’s video installation there is no clearly defined source of fear, the eerie sensation is continuous, images and sounds are vulnerable to multiple and contradictory interpretation, strict signification vanishes and it seems that the categories of spatiality and temporality collapse. Mayorga filmed the video and worked on it exclusively at night in order to work ‘in a more unconscious manner or to let unexpected things happen and play an important role’. The experience within this video installation, in which all the senses are affected and where it seems to reign the free play of associations, between images and sound, voice and darkness; might excite the imagination in a new way: via negativa as a demonic force. This acknowledgement might come as an omen to all of those in charge to police the limits of contemporary culture. Just as it happened with the Enlightenment rationalists, today this ‘infernal machine’ is fought at every turn, in an impossible attempt to accomplish its total exorcism.

1 ‘La Esmeralda’ is the name of the National School of Plastic Arts and Etching.